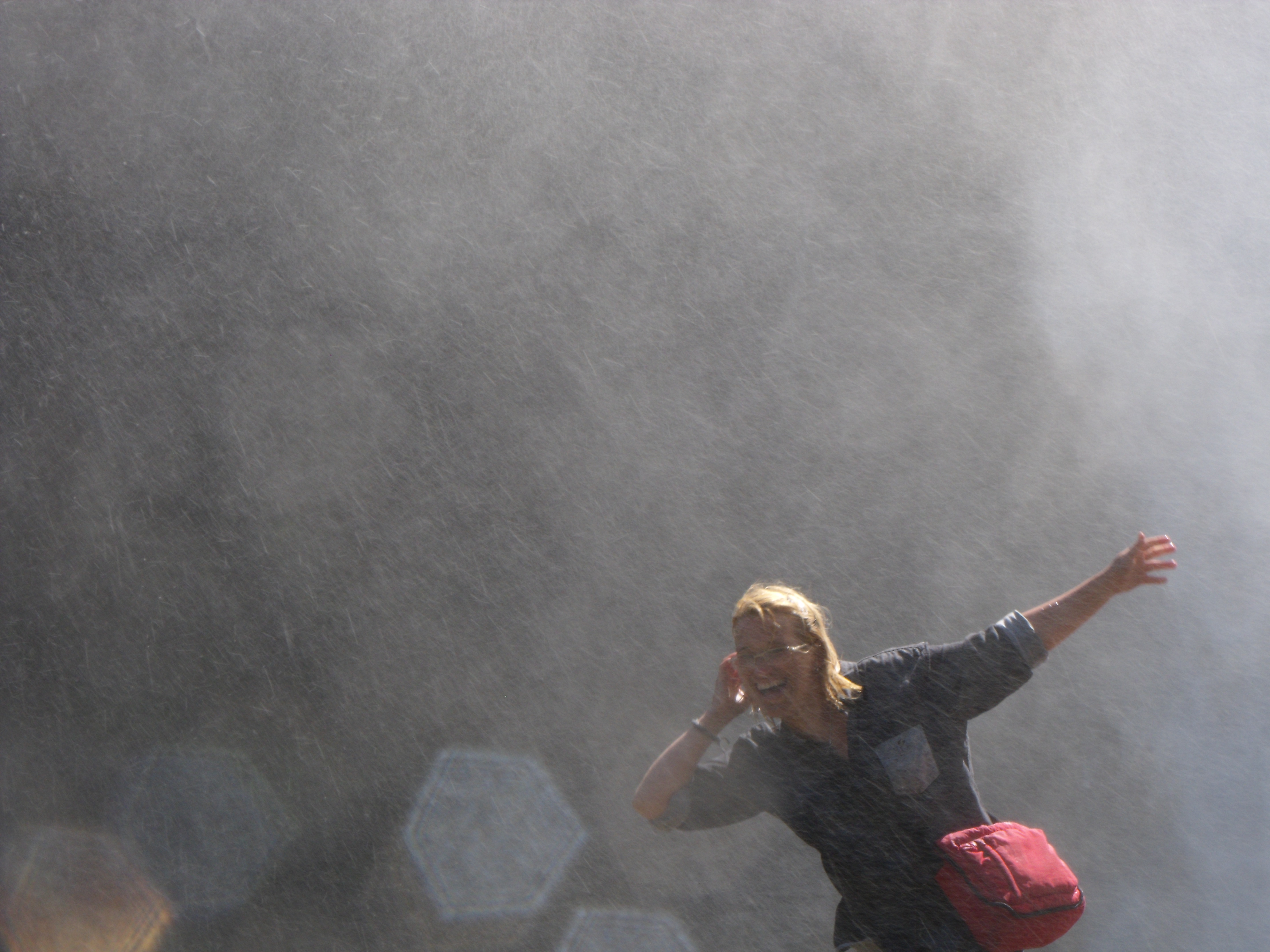 „In Christ All Will Be Made Alive” (1 Cor 15:12-58). The Role of Old Testament Quotations in the Pauline Argumentation for the Resurrection, European Studies in Theology, Philosophy and History of Religions 6, Frankfurt am Main – Bern – Bruxelles – New York – Oxford – Wien 2013.

In Western Christianity, which does not remain without the philosophical influence of ancient Greece and the legal constructs of ancient Rome, we have become accustomed to identifying the divine and inspired word with the explanations entailed in commentaries. In principle, we agree with the opinion that a divine text is a “fact,” whereas the comments thereto constitute the subjective opinion of given authors. It seems, however, that neither the Jewish translators nor the first Christians explaining the Bible performed such a differentiation. For them, the first priority was the significance of the text. Once they found it, they tried to express it as precisely as possible and then, in the second place, they were concerned with the accuracy of given words or their order in the sentence. In other words, in quoting the OT, they were above all concerned with faithfully interpreting the very meaning of the text and not so much the word for word transcription. The same concerns quotations of the OT in Corpus Paulinum.

The objects of analyses in this monograph are the OT quotations entailed in a fragment of Paul’s correspondence with the Corinthians, where the Apostle of the Nations concentrates the reader’s attention on the resurrection of the dead (1 Cor 15:12–58). The image that is formed based on the analyses conducted in this work is that in the Corinthian community there appeared at least a group of followers who rejected the physical resurrection of the dead and accepted an anthropological dualism according to which the human soul becomes freed from the body after death and begins to exist as immortal in another, spiritual dimension of reality. This state—according to those “some” (tinej)—will last forever. The adoption of anthropological dualism leads to the rejection the physical resurrection of the dead. In this perspective, it is neither necessary nor even needed. Since the body is the prison of the soul, it does not seem logical that after the soul’s liberation from the body it can become enclosed in another, risen body. This would be a return—according to some Corinthians—to the state of imprisonment. “Some” Corinthians, therefore, committed two mistakes in their thinking about the resurrection, errors that Paul refers to by name:

(2) they erred in asking “How are the dead raised? With what kind of body do they come?” (v. 35), reducing to ad absurdum their failure to understand the nature of the risen body.

Faced with such a challenge, the apostle points to an alternative view on life after death: the resurrection of the dead that will take place at the end of time and will be connected with the parousia of the returning Lord. Both the resurrection and the parousia, preceded by the final vanquishing of evil powers, a part of which the Apostle also considers death, belong to the series of eschatological events. The purpose of these events is for Christ to be Lord over everything that exists and to give the Kingdom to God and the Father.

In his didactic (and partly deliberative) disquisition, the Apostle reaches for six quotations from the OT: Ps 110:1b; Ps 8:7b; Isa 22:13b; Gen 2:7b; Isa 25:8a and Hos 13:14b. They were obtained from the text with the aid of detailed analyses conducted in Chapter 1 where the terms “quotation” and “allusion” were specified. After this specification, the fundamental features of the phenomenon of quoting the OT in Corpus Paulinum was presented, the structure of 1 Cor 15:12–58 was identified and the context of the said quotations was determined. Their detailed analysis was carried out in the subsequent chapters (II–VII) by firstly specifying the significance of those fragments in their original context and then in the given segments of the structure of 1 Cor 15:12–58. The determination of the significance of the texts quoted by Paul in the original context involved a three-stage process: a presentation of the literary setting and structure of the pericope in which the given text is located, an exegetical analysis of the pericope, and a discussion on the contribution of the quoted fragment to its content. The conclusions to the studies conducted in the above manner have been presented in the last chapter of the monograph. These conclusions can be essentially thus formulated:

(2) the Apostle fundamentally follows the LXX and changes the quotes mainly for editorial and rhetorical purposes. Regarding the quotation from Isa 25:8a, Paul also tries to make the LXX version as similar as possible to the HB;

(3) five of the above quotations in the original context definitely do not speak about resurrection. Allusions to the resurrection of the dead can be seen only in the quotation from Isa 25:8a. However, Paul the Apostle uses all six in his argumentative disquisition in support of the resurrection;

(4) the Apostle changes the context of the quoted fragments which is essentially natural in using quotations; only sometimes does he retain the main features of the original context. Changes in context usually head towards moving the stress from the historical situation of the addressees of the OT texts to the eschatological perspective in which the inhabitants of Corinth are interested;

(5) the Apostle uses the quotations for rhetorical purposes. The Apostle places them in various parts of the rhetorical dispositio of the text. He reaches for rhetorical figures (asyndeton, anaphora, antistrophe, rhetorical questions, antithesis, apostrophe, accumulation and personification) as well as tropes (metaphor and synecdoche);

(6) Paul interprets quotations from Ps 110:1b, Ps 8:7b and Gen 2:7b Christologically, two of which have a specifically messianic character for him (Ps 110:1b; Ps 8:7b). One of the quotations does not concern the messianic mission of Christ (Isa 22:13b), whereas the two remaining speak of the final vanquishing of death which was inaugurated by the resurrection of Christ (Isa 25:8a; Hos 13:14b). The Christological perspective is, therefore, present in all the quotations;

(7) all the quotations were included by Paul in the description of the series of eschatological events in which the Apostle includes the resurrection of Christ, the parousia, the resurrection of the believers, the relinquishment of the powers of darkness (Rule, Authority, Power), relinquishing the last enemy—death (personified), the dominion of Christ, and giving the kingdom to God and the Father;

(9) the Apostle used the early Christian tradition which combined the quotations from Ps 110:1b and Ps 8:7b into one for catechetical purposes. The quotations from these Psalms also jointly appear in other places in the NT.

In Paul’s argumentation in support of the resurrection of the dead in 1 Cor 15:12–58, the quotation from Ps 110:1b helped the author to justify his conviction that the parousia will be accompanied by the relinquishment of all evil powers, including death. The quotation from Ps 8:7b shows the truth that Christ has dominion over absolutely everything that exists, not only evil powers. The quotation from Isa 22:13b was used by the Apostle to the Nations to show the logically evident attitude that the Corinthians should adopt. Paul also referred to Gen 2:7b so as to show the typology of Adam–Christ and that the risen Lord is the “life-giving spirit,” or the beginning (first fruit) and representative of all who will rise from the dead. Paul seals his conviction on the ultimate relinquishment of death with a quote from Isa 25:8a, which connects with the two rhetorical questions entailed in the quote from Hos 13:14b—this strengthens this statement even more. The author of 1 Cor reaches for quotations from the OT as many as six times in this relatively short (46-verse) disquisition in support of the resurrection. It should be stressed, however, that because the Apostle does not only speak about the resurrection but shows a broader context for the eschatological events, not all the quotations he mentions refer directly to the topic of resurrection but also refer to other eschatological matters.

When exegetes today argue in support of the resurrection of the dead based on the OT, they reach for texts different from those that Paul chose in order to justify to the Corinthians the hope for the rising of the dead. Among the quotations included by Paul in 1 Cor 15:12–58, they mostly refer to Isa 25:8a and Hos 13:14b. However, both fragments constitute arguments in support of the existence of life after death, where “death” in Isa 25:8a can also be understood symbolically. However, these quotes do not refer directly to the idea of resurrection. Paul, justifying his convictions about the resurrection of the dead based on the OT, reveals a broader perspective of eschatological events to the Corinthians without limiting himself to listing the quotes that are the source of direct hope for the rising of the dead. He begins his disquisition by stating the fact of Christ’s resurrection, which is unquestionable because Paul himself actually saw the Risen Lord (1 Cor 15:1–11). The same Lord will come back down to earth on the parousia to vanquish all his enemies and begin his kingship. “For he is to be king until he has made his enemies his footstool” (v. 25; cf. Ps 110:1b). The last vanquished enemy will be death, which in Paul’s disquisition is characterised by personal traits. This will be when the words of the Psalmist in relation to Christ will come true: God “has put all things under his feet” (v. 27a; cf. Ps 8:7b). Some of the inhabitants of the Corinthian community are inconsistent when they accept the resurrection of Christ while at the same time rejecting the resurrection of the faithful. Since they do not acknowledge rising from the dead, their attitude should rather be characterised by the call: “Let us eat and drink, for tomorrow we shall be dead” (v. 32b; Isa 22:13b). With respect to the nature of bodies after resurrection, Paul argues that it will be different from the nature of earthly bodies because “the first man, Adam, became a living soul; and the last Adam has become a life-giving spirit” (v. 45b; cf. Gen 2:7b). When the followers of Christ will receive new, glorious, incorruptible and imperishable bodies the words of the Prophet will then be fulfilled: “Death is swallowed up in victory” (v. 54b; cf. Isa 25:8a); then one will be able to ask with a hint of irony: “Death, where is your victory? Death, where is your sting?” (v. 55; cf. Hos 13:14b). This scenario of eschatological events depicted by Paul for the inhabitants of Corinth with the use of quotations from the OT may assist in leading them to the conviction that “in Christ all will be made alive” (1 Cor 15:22b).

More information about the book