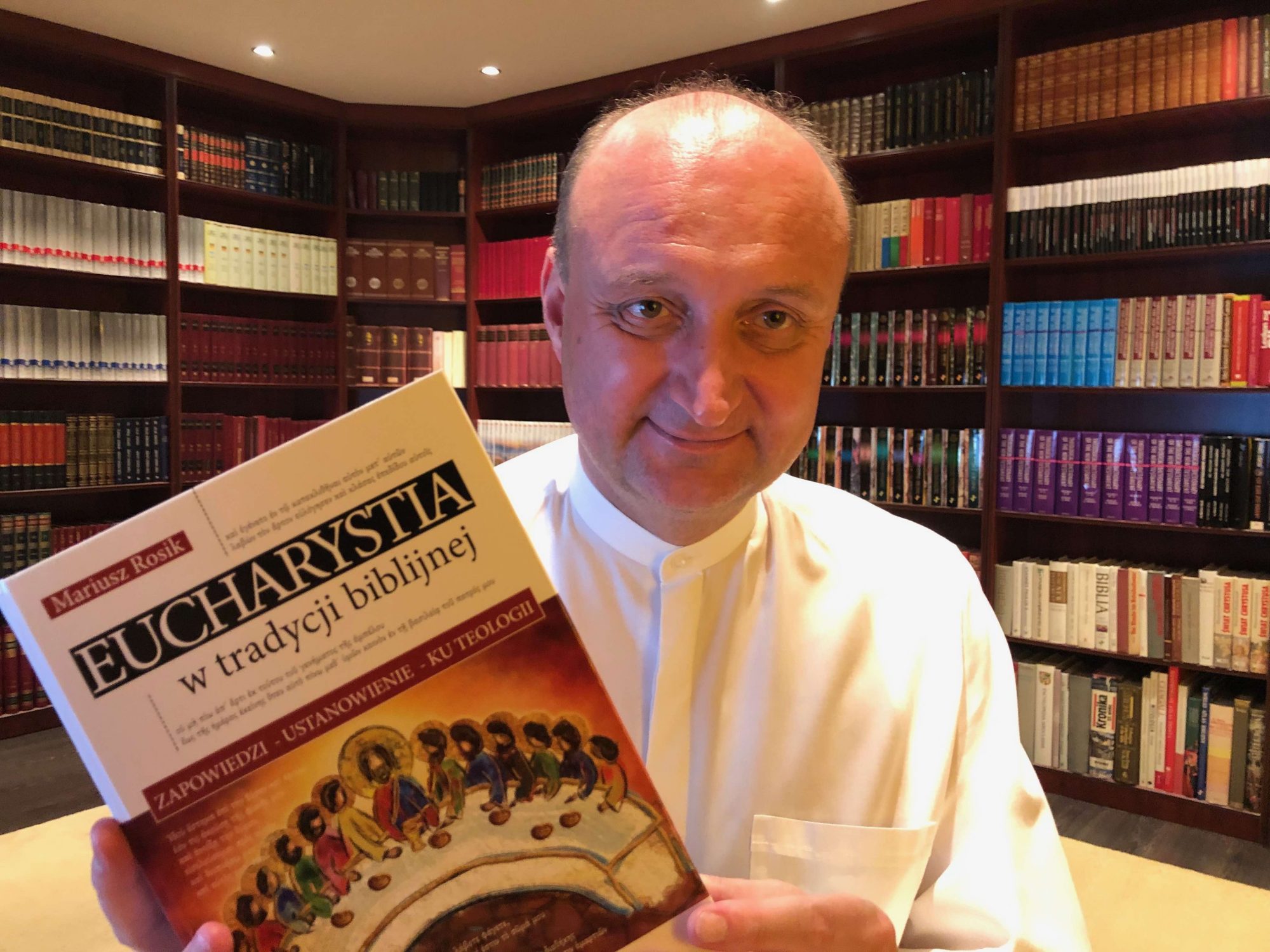 In the first part of this paper I will present the most recent translations of the Bible into Polish, and in the second part we will focus on contemporary Polish biblical commentaries. The caesura for this presentation is 1999, the year of the publication of the fifth edition of the Millennium Bible, which has become the liturgical translation in the Roman Catholic Church.

Translations of the Bible

In 2016 the Episcopal Conference of Poland declared a need to prepare the sixth edition of the Millennium Bible. A team of editors was created to coordinate work on this translation. In a month, in September 2017, a group of ten Polish biblical scholars will take part in a week course on the newest trends in biblical translation studies. The course will take place in Rome and will be taught by professors from the famous Nida Institute in Washington.

The Paulist Bible is becoming more and more popular in Poland. The full title of the translation reads as follows: Pismo Święte Starego i Nowego Testamentu. Najnowszy przekład z języków oryginalnych z komentarzem (The Holy Scriptures of the Old and New Testament. The newest translation from the original languages with a commentary, Edycja Świętego Pawła, Częstochowa 2008). St. Paul’s Society, in response to the encouragement of John Paul II to read the Bible frequently, found in Tertio millennio ineunte (40), took up preparations to translate the whole Bible in 1996. Each of the biblical passages was provided with a short, practical commentary. The commentaries were placed at the bottom of the pages, while additional texts were placed on the margins: cross-references to other books of the Bible on the inner margins and essential notes on the outer margins. Some appendices were added to the translation: a dictionary of biblical terms (189 entries), chronological tables, and maps. The New Testament was published in 2005, while the whole Bible was published in 2008 during the Synod of Bishops on the theme of the Word of God, which took place in Rome.

An important achievement in the ecumenical field is the ecumenical translation of the Holy Bible. It was completed in 2016, while the work on it began in 1995. The New Testament with Psalms was published in 2001, and the last part of the Old Testament (the books of the prophets) was published in 2016. The translation is the fruit of cooperation of eleven Polish Churches: Roman Catholic, Orthodox, Evangelical-Augsburg, i.e. Lutheran, Evangelical-Methodist, Polish Catholic, Old Catholic Mariavite, Baptist, Pentecostal, Adventist, and the Assemblies of God. It was prepared by thirty translators. The publisher is the Bible Society in Poland. The publication of this translation perfectly coincides with the 500th anniversary of the Reformation.

In 2017, the first Polish translation of the Septuagint was published. Its translator is professor Remigiusz Popowski and its full title reads as follows: Septuaginta czyli Biblia Starego Testamentu wraz z księgami deuterokanonicznymi i apokryfami (The Septuagint or the Bible of the Old Testament with deuterocanonical books and apocrypha, Warsaw 2017). From an academic point of view, this translation is very significant for two reasons: firstly, because the Greek Bible studies in the Catholic Church have intensified within the last two decades; secondly, because research on the Septuagint provides a deeper perspective on the issue of the separation of the Church and the Synagogue in the first centuries of Christianity.

The Greek and Polish New Testament

2017 is also the year of publication of a very valuable work, the result of efforts of two biblical scholars from the Pontifical University of John Paul II in Cracow. Roman Bogacz and Roman Mazur took up the task of preparing the Greek-Polish New Testament. The Polish text was taken from the 5th edition of the Millennium Bible, whereas the Greek text with the whole critical apparatus was adopted from the 28th revised edition of Novum Testamentum Graece, edited by Eb. Nestle, Err. Nestle, K. Aland, B. Aland (Stuttgart 2012). Each page of the Greek text is coupled with a page of the same text in Polish. The Polish text is supplemented with footnotes, commentaries and margin information from the Jerusalem Bible.

In the second part of this paper, contemporary Polish biblical commentaries will be presented. It seems that achievements of the Bible studies in Poland in this field can be divided into five areas.

Nowy Komentarz Biblijny (The New Biblical Commentary) is undoubtedly the most important one. Actually, it is a series of scholarly commentaries on each book of the Bible. The adjective “new” implies the existence of two previous series of commentaries: the first one comprises commentaries from the Catholic University of Lublin (published by “Pallotinum” in Poznań); the other one is the so-called “Lublin Bible”. The publication of The New Biblical Commentary began in 2005. The editors and authors are Polish biblical scholars of different backgrounds. Each volume includes a quite detailed introduction to a given book of the Bible and then commentaries on particular passages, divided into three parts: historical-literary issues, exegesis, and the kerygmatic aspect. Each of the authors of commentaries also provides their own translation of the biblical text and tries to take into account philology, literary analysis, the history of the creation of the text, historical and archaeological background, and parallel biblical and non-biblical texts. Up to now, 32 volumes of the commentary have been published (17 commentaries on the Old Testament and 15 to the New Testament).

Podręczny Komentarz Biblijny (The Pocket Biblical Commentary) is a shortened and simplified version of Nowy Komentarz Biblijny (The New Biblical Commentary). The goal is for the same authors to prepare a commentary with an emphasis on the theological-ascetic message of each book, ignoring some information from the area of scholarly exegesis, as this form of commentary is to serve pastoral rather than academic purposes. The first volume was published in 2008. Five volumes have been published so far.

A Commentary on the Millennium Bible

There are also some Polish commentaries on particular books of the Bible that do not belong to any series of commentaries. Individual scholars, whose main interest subject is a single book of the Bible, frequently publish commentaries on single books, but these do not constitute part of a larger project comprising other books of the Bible. Some of such commentaries might be exemplified by the following works:  Antoni Paciorek, Ewangelia umiłowanego ucznia (The Gospel of the Beloved Disciple), Lublin 2000; Janusz Czerski, Pierwszy List do Koryntian (The First Epistle to Corinthians), Wrocław 2009; Dariusz Iwański, Księga Lamentacji (The Book of Lamentations), I-II, Toruń 2015-2016.

A separate group of commentaries comprises translations of works, including some large tomes, written by foreign authors. As mentioned above, the caesura for this presentation is the year 1999, just before the Great Jubilee in 2000. Just for the great jubilee of Christianity, translations of two monumental biblical commentaries were prepared: Międzynarodowy komentarz do Pisma Świętego (The International Bible Commentary, ed. W. Farmer, Warszawa 2000) and Katolicki komentarz biblijny (The New Jerome Biblical Commentary, Warszawa 2001).

There are also more and more popular commentaries placed at the Internet sites. One can not find in the Internet the commentaries on entire biblical books, but rather on the liturgical readings for Sundays. The most popular example of such commentaries we can find at “Orygenes.pl” site.

Five translations of the whole Bible have been published in Poland since 1999 as well as a translation of the Septuagint and the Greek-Polish New Testament based on the 28th edition of Nestle-Aland. 2005 is the year of publication of the first volume of Nowy Komentarz Biblijny (The New Biblical Commentary), the most important scholarly analysis of each book of the Bible. Simultaneously, commentaries of a more pastoral type are published, for example the unmentioned above ten-volume Biblia dla każdego (The Bible for Everyone), which is a translation of the Italian work edited by Gianfranco Ravasi.

It appears that we can distinguish five characteristics of Polish biblical commentaries:

– the application of literary, linguistic, and structural methods in addition to the historical-critical method preferred in the previous century