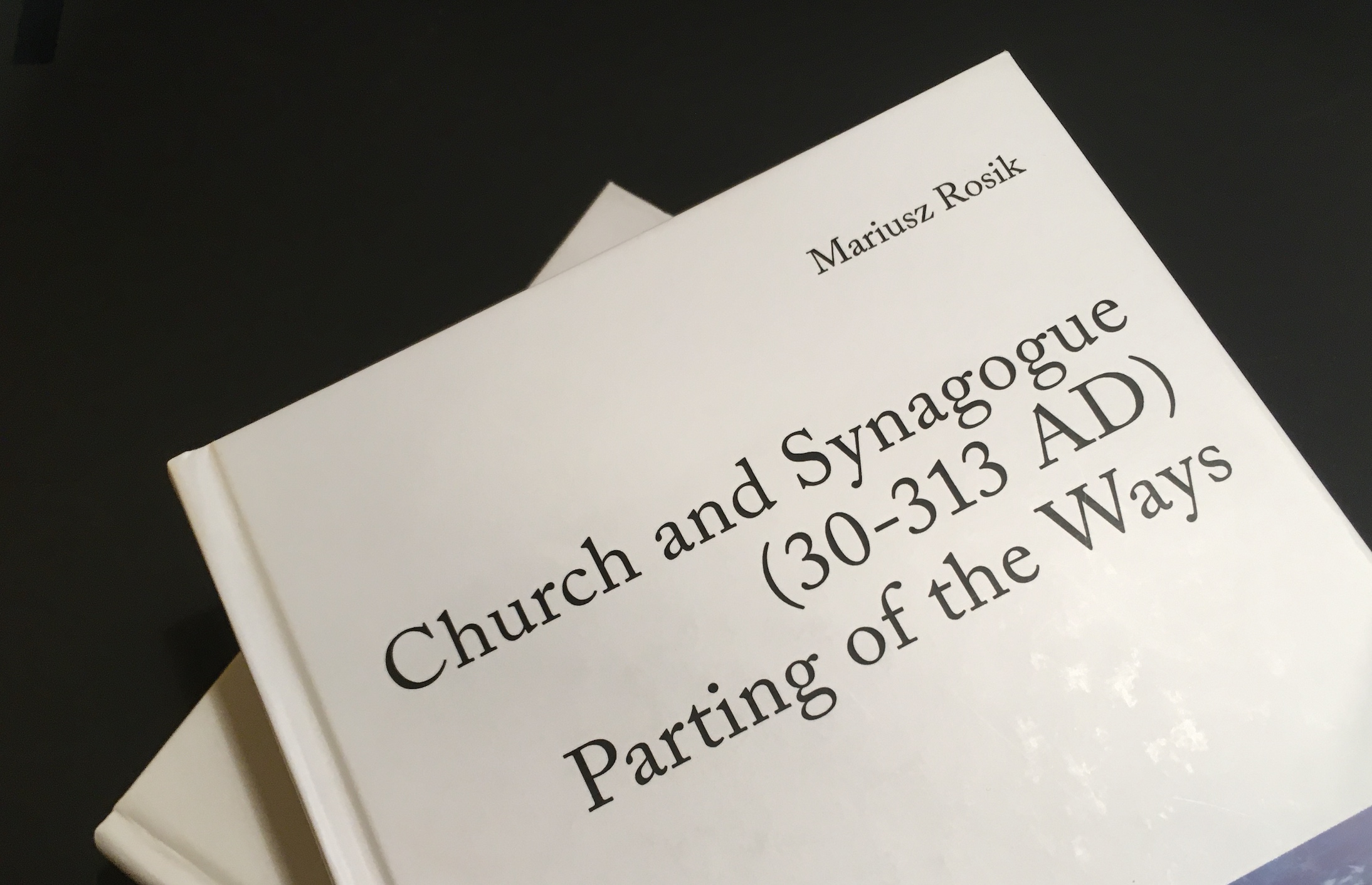 The separation of Church from Synagogue was not a one-time act, but a long-lasting, multi-layered, and diversified process. The attempt to explain this process, namely the process of parting of the ways between Judaism and Christianity in the years 30 – 313, constitutes the main research subject of this publication.

The aim of this study is the presentation of the dynamism of Christian-Jewish relations in the first three centuries of the existence of the Church taking into account mainly historical and theological (but not only) factors which influenced these relations and finally led to the creation of two separate religions.

It must be added: religions existing side by side, in many aspects connected with each other mostly because both originate from biblical Judaism.

You can find the book on Peter Lang web-site. Understanding of the Role of the Law

The Beginning of the Apostolic Activity of Paul of Tarsus

Excursus: The Greco-Hellenistic Mentality and the Jewish Mentality

Success of Mission among the Gentiles as a Separation Factor

Philo of Alexandria and Biblical Allegory in Christian Exegesis

Intensified Persecution by Jews and Romans (approx. 60 AD). The Role of James, Brother of the Lord

Divinity of Christ and Monotheism of Judaism

The Eucharist – Nourishment for Christians and Scandal for the Jews

Sabbath and the Lord’s Day

Status of Women in Judaism and the early Church

The Status of Slaves

Jesus and Judaism – through the Eyes of Mark the Evangelist

Jews, Christians and Fire in the Eternal City (64 AD)

Judaism in Qumran and Palestinian Christianity

The Letter to the Hebrews and Theology of Substitution

UNTIL THE FOUNDATION OF JABNEH ACADEMY (71-89 AD)

Increasing Openness of Church to non-Jews

The Gospel according to Matthew and the Jewish Tradition

Greek Bible in the Hands of Jews and Christians

Anti-Judaism of Johannine letters and exclusion from Synagogue

Apocryphal Apocalypses as witness to the Division between Church and Synagogue

Jewish Uprisings in the Diaspora in the years 115 -117

Ebionites and Nazarenes – Jews or Christians?

The Chosen Nation in the Works of Justin Martyr (c. 140 AD)

Martyrdom for the Faith in the Second Century: Jewish and Christian View

Jewish Involvement in the Martyrdom of Polycarp of Smyrna (c. 156 AD)

Melito of Sardis’ Accusations against the Jews?

The Epistle to Diognetus(c. 180 AD) about the Jews

The Oldest Latin Homily Against the Jews(c. 190 AD)

Septimius Severus against the Jews and Christians (202 AD). Tertullian

The Beginnings of Talmudic Tradition of Jesus and Christians

New Demography of Palestine in the third Century

Sages of Israel in Confrontation with Christians

The Development of Rabbinic Literature

Jewish Question at the Synod of Elvira (c. 303)

The Epilogue: towards the Milanese Rescript (313 AD)